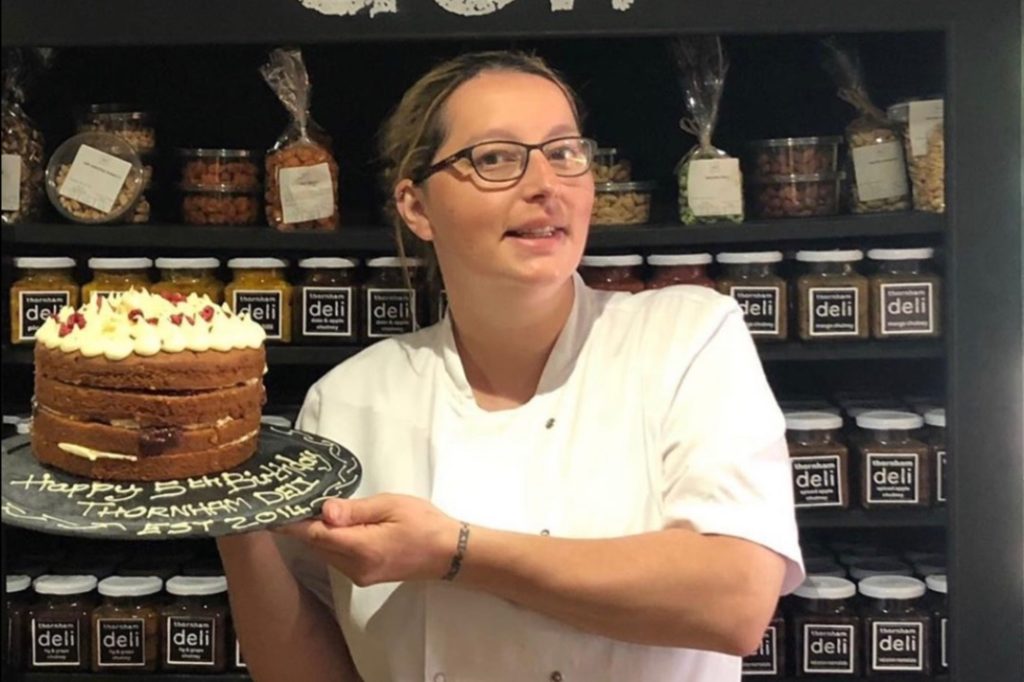 A real Gem, in and out of the kitchen

Gemma Arnold is one of the fab four – the quartet of dynamic women who run Thornham Deli on a daily basis.

Along wth regular input from co-owners Jeanne and Derek Woodhouse, Gemma, Janie Thompson, Denise Le Gallez and Donna Raven are the people who keep the food and drink flowing, the shelves stocked with fabulous goods, the atmosphere electric and the welcome warm and inviting.

“We all work really well as a team,” says Gemma. “The person I work closest with is Denise because we are both on the Deli floor together. She is always so chirpy in the mornings, she really is the life and soul that makes the atmosphere in the Deli so bubbly.”

Regular visitors to the Deli will recognise the strong bond between Denise and Gemma. Light-hearted banter disguises a deep respect between the two colleagues. “If she has a question, Denise will always come straight to me, I’m the Deli encyclopaedia,” says Gemma.

Gemma’s area of expertise is the kitchen. As Executive Head Chef, Gemma is the creator of all the dishes that come out of the Deli. She is also the driving force behind the ever-growing outside catering business. “When I started, we had about 36 covers a day,” she says. “Now we do anything from 300 to 600 covers a day. And the outside catering business is getting bigger and bigger. I do three or more outside events a month now.”   And things are only going to get busier for the Deli kitchen team. The newly opened Greenhouse Dining Area means more people and more meals. It is a challenge the ebullient chef is more than up for. “It will be tough but we’ll manage it, we always do.”   As part of the strategy team, Gemma is attempting to be more hands-off in the kitchen. She has handed over some of the duties to her team: sous chef Iain; junior sous chef James; commis chef Kailam who is also stepping up to do more cooking; Dave, who has graduated from porter to trainee commis chef; and Gemma’s aunt, Carol, who is a pastry chef.   Excuse the pun, but in their head chef, the Deli has a real Gem. Local chef and restauranteur Matthew Owsley-Brown calls her one of the best young chefs he has worked with and Deli regulars rave about Gemma’s cakes and pastries. But Gemma’s influence is wider than simply the kitchen and its offerings. She is an integral part of the forward-planning strategy team and, as the boundaries keep getting pushed, Gemma says she is never shy when it comes to having her say.    “It’s exciting and its always a challenge,” she says, adding, “And I wouldn’t have it any other way.”

A real Gem, in and out of the kitchen 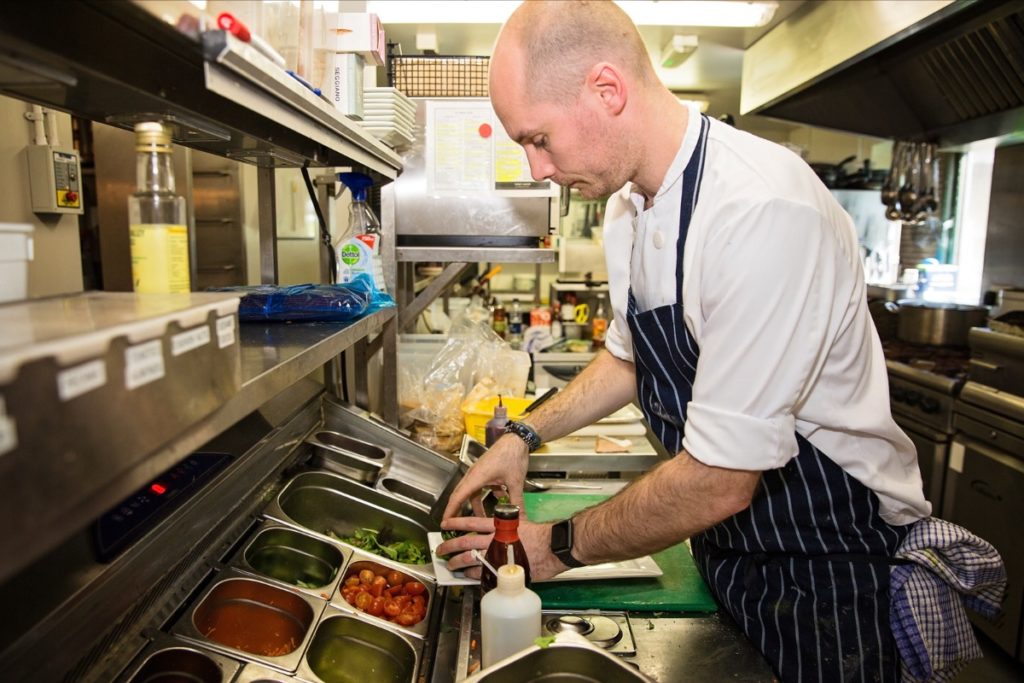 It’s all about team work for Iain 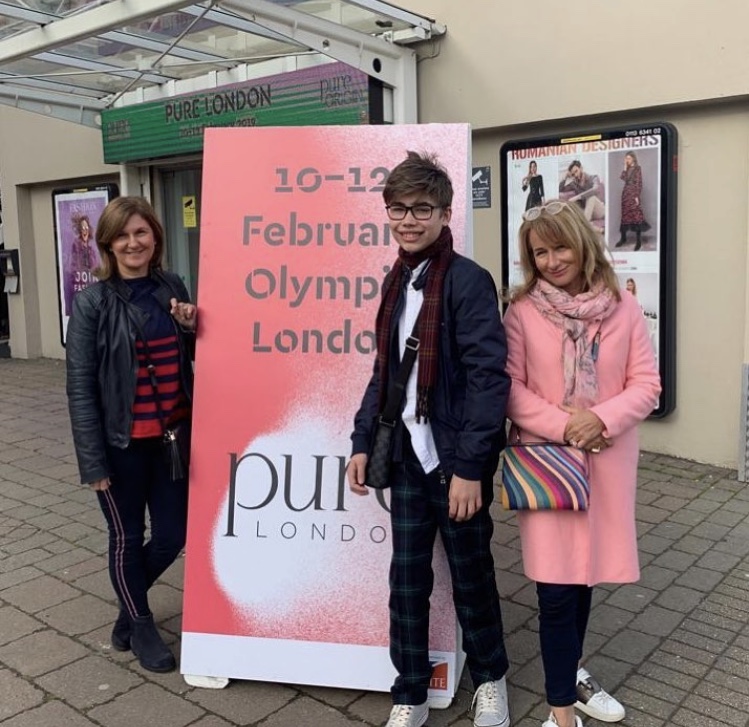 Tom turns his hand to everything 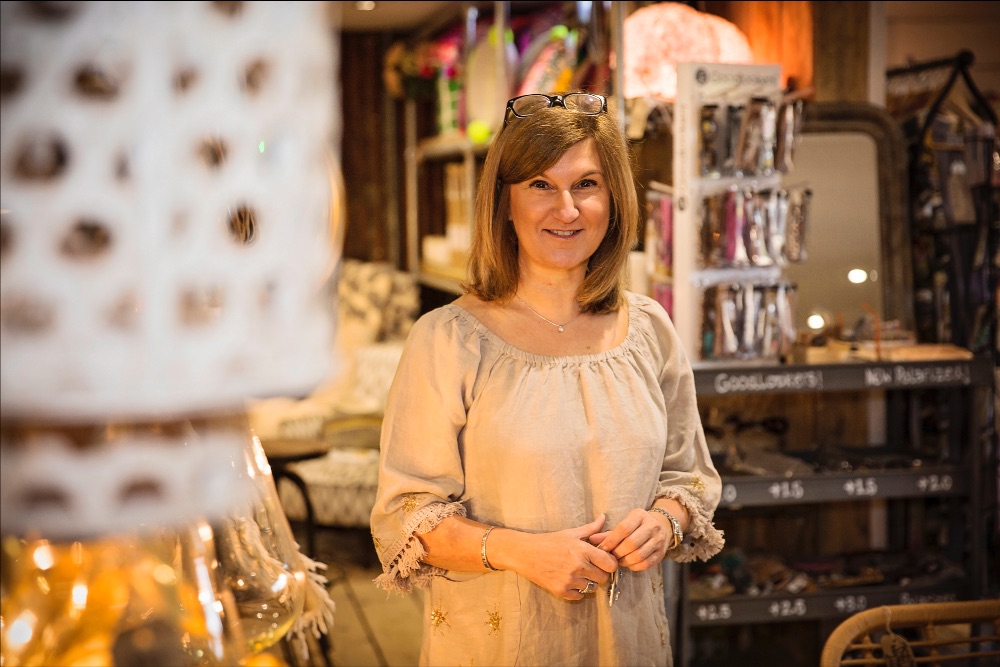 Read More »
Scroll to Top
We use cookies to ensure that we give you the best experience on our website. If you continue to use this site we will assume that you are happy with it.OkPrivacy policy